Stjamesmedia is proud to announce that a project we were involved in has now been accepted into the History Colorado Museum supported by the Colorado Historical Society.

The project is the documentary Growing Reason which we co-produced with Leaf No Trace Films, and our CD, Michael St. James, acted as the music supervisor on. You can watch the documentary here online, for free.

However, the film and associated b-roll, interviews, snippets, and physical items will be included in the museum’s collection, preserving it as part of Colorado’s history.

We couldn’t be more proud.

Stay tuned for a possible release party involving many of the people who appeared in the film and special surprises from the producers.

Below is the announcement from the Creator/Executive Producer/ Director, Hunter Bradshaw.

We echo his thoughts and praise for all of the staff and crew involved in the creation of the project, the interview subjects, and especially, the terrific artists/musicians who licensed their work to be involved in the soundtrack. Thank you all! 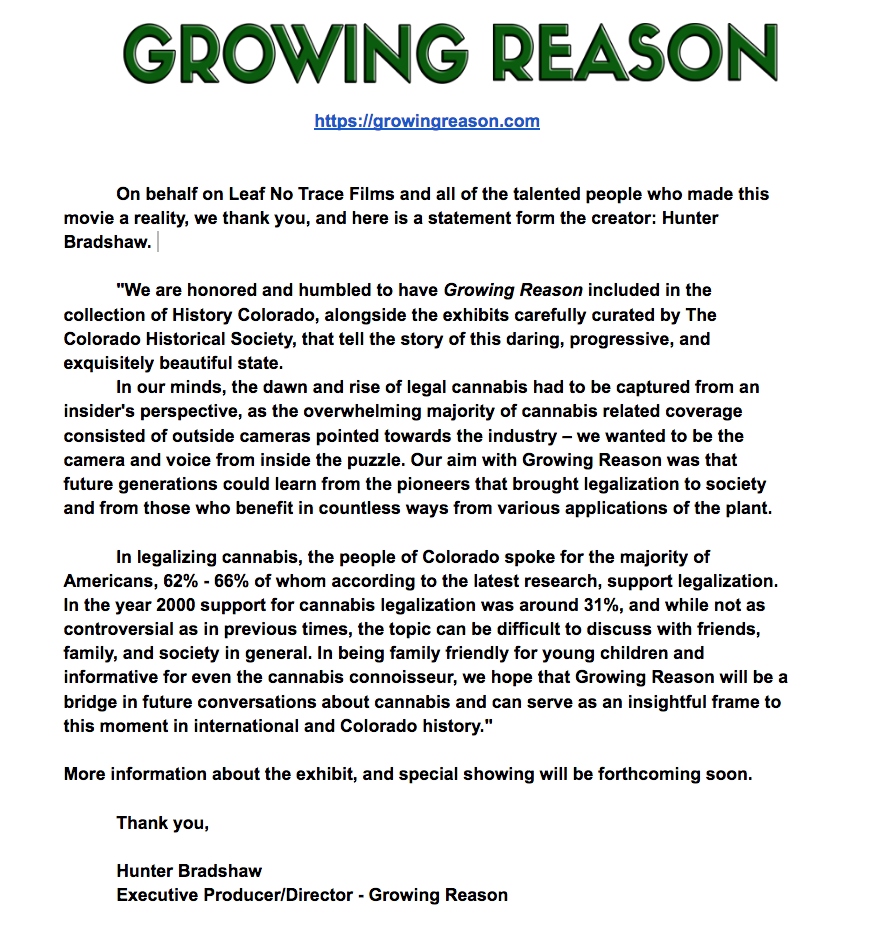